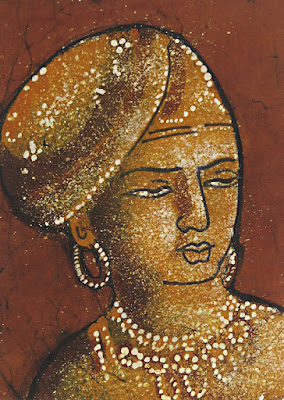 Gautama Buddha was born in a small kingdom called Kapilvastu in the year estimated 563 BC. Also known as Siddhartha gautam, he was a prince by birth. Later, he was exposed to worldly pain and suffering and understood that actual life is far more difficult that what was shown to him by his father.

Being a prince Siddhartha was kept away from the sufferings of life. At the age of 16 he was married to yashodha, cousin of same age. She gave birth to a child, Rahul.

At age of 29, an interesting story crosses by. One day siddhartha went out of the palace to see the world. On his way he saw an OLD MAN. He asked his Charioteer,"Does everyone grow old", charioteer replied,"Yes master, everyone does".


Later on the way he saw a diseased man, again he asked "What happened to him?", reply was "He is deseased.", further he saw a decaying dead body. It was hard for him to believe that the world out side the palace was so different. This moved siddhartha a lot and he decided to live a life of an Ascentic. 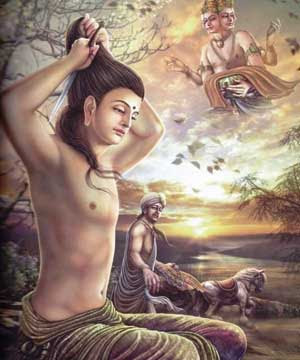 TEACHINGS:
Siddharth Gautam became gautama buddha once he started living a life of an ascetic. He deprived himself from the worldly pleasures and started working on the principle of self mortification. Although, self mortification was a little too tough and so buddha had to find a middle path, the 'Jhanas'. According to him the body. The ultimate destination of every soul is 'Nirvana'. 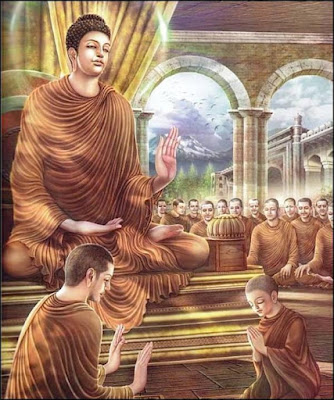 Siddhattha and a company of five wondering ascetics lived in the jungle to live the ascetic life of self mortification. They tried to find enlightenment through deprivation of worldly goods (including food)

BUDDHISM:
For the res of his life, Gautam Buddha traveled to various parts of India, Nepal and Burma spreading his thinking and preaching about Buddhism. The First Two discipline of Budhhism were 'Tapussa' and 'Bhallika'. The disciples grew in numbers over the years to come. Unlike Hinduism, Buddhism was simpler to follow, less number of rituals and as a result t's followers kept on increasing.

The Sramanas movement (movement of ascetics of Gautam Buddha), which originated in the culture of world renunciation that emerged in India from about the 7th century BCE, was the common origin of many religious and philosophical traditions in India, including theCharvaka school, Buddhism, and its sister religion, Jainism. The Sramanas were renunciants who rejected the Vedic teachings, which was the traditional religious order in India, and renounced conventional society.

Siddhartha Gautama lived during a time of profound social changes in India. The authority of the Vedic religion was being challenged by a number of new religious and philosophical views. This religion had been developed by a nomadic society roughly a millennium before Siddhartha’s time, and it gradually gained hegemony over most of north India, especially in the Gangetic plain. But things were different in the 5th BCE, as society was no longer nomadic: agrarian settlements had replaced the old nomad caravans and evolved into villages, then into towns and finally into cities. Under the new urban context, a considerable sector of Indian society was no longer satisfied with the old Vedic faith. Siddhartha Gautama  was one of the many critics of the religious establishment. 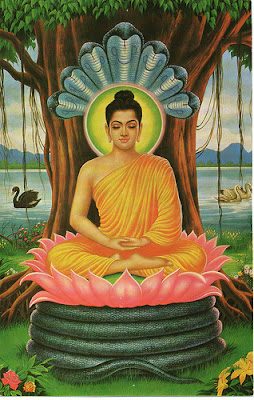 picture of Buddha in Chandigarh, India

After Siddhartha Gautama passed away, the community he founded slowly evolved into a religion-like movement and the teachings of Siddhartha became the basis of Buddhism. The historical evidence suggests that Buddhism had a humble beginning. Apparently, it was a relatively minor tradition in India, and some scholars have proposed that the impact of the Buddha in his own day was relatively limited due to the scarcity of written documents, inscriptions, and archaeological evidence from that time.


The Tripitaka (or Tipitaka) is the Sanskrit (or Pali) canon of religious discource most highly regarded in Theravada Buddhism. The literal translation is the "three baskets", so named because the original writings were kept in baskets.
The three elements of the canon are the Vinaya Pitaka, which are the disciplinary rules by which monks are expected to live their lives; the Sutta Pitaka, which are the discources of the Lord Buddha and other leading scholars of Buddhist belief; and the Abhidharma Pitaka, which are a series of philosophical discourses on the nature of the universe and of Buddhist belief. The Tripitaka was assembled shortly after the death of Gautama Buddha through a sangha, or council of monks. It was preserved in oral tradition for some four centuries before being committed to palm-leaf manuscript in the first century c.e.Owing to linguistic and cultural differences, the Tripitaka varies from country to country where Theravada Buddhism is practiced. In each case the writings are extensive and occupy many volumes. The Sutta Pitaka, for example, contains more than 10,000 sutras of the Buddha. These include details of the life of the Buddha and his road to nirvana, or enlightenment; Mahayana and Vajrayana forms of Buddhism also have their own Tripitaka canons. The Vinaya Pitaka consists of rules and junctures for both monks and nuns, although in some societies the role of nuns is not ofﬁ cially accepted. Various offenses against the sangha are enumerated together with their degree of severity and, hence, the sanctions that they attract. Monks are expected both to know and to abide by the 227 rules of the Great Division (Mahavibhanga), which greatly expand on the five basic precepts that all followers of Buddhism are expected to follow. 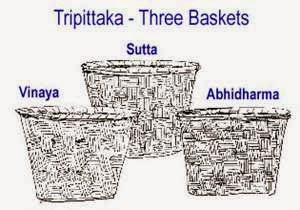 The Three baskets of Tripitaka


By the 3rd century BCE, the picture we have of Buddhism is very different. The Mauryan Indian emperor Ashoka the Great (304–232 BCE), who ruled from 268 to 232 BCE, turned Buddhism into the state religion of India. He provided a favourable social and political climate for the acceptance of Buddhist ideas, encouraged Buddhist missionary activity, and even generated among Buddhist monks certain expectations of patronage and influence on the machinery of political decision making. Archaeological evidence for Buddhism between the death of the Buddha and the time of Ashoka is scarce; after the time of Ashoka it is abundant. 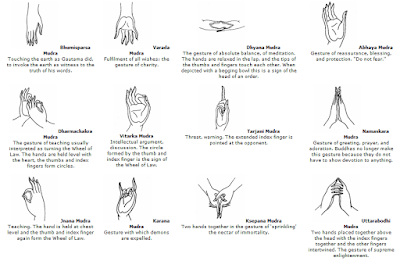 The Buddha was not concerned with satisfying human curiosity related to metaphysical speculations. Topics like the existence of god, the afterlife, or creation stories were ignored by him. During the centuries, Buddhism has evolved into different branches, and many of them have incorporated a number of diverse metaphysical systems, deities, astrology and other elements that the Buddha did not consider. In spite of this diversity, Buddhism has a relative unity and stability in its moral code.
The most important teaching of the Buddha is known as “The Four Noble Truths”, which is shared with varying adjustments by all Buddhist schools. In general, the Four Noble Truths are explained as follows:
In some religions, sin is the origin of human suffering. In Buddhism there is no sin; the root cause of human suffering is avidyā “ignorance”. In the entrance area of some Buddhist monasteries, sometimes the images of four scary-looking deities are displayed, the four protectors whose purpose is to scare away the ignorance of those who enter.

In its most basic form, Buddhism does not include the concept of a god. The existence of god is neither confirmed, nor denied; it is a non-theistic system. The Buddha is seen as an extraordinary man, not a deity. Some Buddhist schools have incorporated supernatural entities into their traditions, but even in these cases, the role of human choice and responsibility remains supreme, far above the deeds of the supernatural.
In some Chinese and Japanese Buddhist monasteries, they go even further by performing a curious exercise: The monks are requested to think that the Buddha did not even existed. There is a good reason for this: the core of Buddhism is not the Buddha, but his teachings or dharma. It is said that those who wish to understand Buddhism and are interested in the Buddha are as mistaken as a person who wishes to study mathematics by studying the life of Pythagoras or Newton. By imagining the Buddha never existed, they avoid focusing on the idol so that they can embrace the ideal. 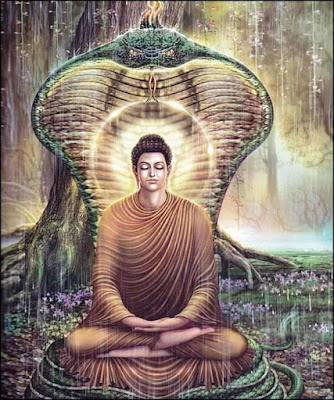